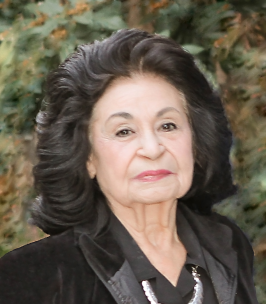 Yvonna was born August 12, 1932, in Preston, Oklahoma, to James and Vernia Chance. Yvonna, growing up from humble beginnings at the age of six, along with her two sisters, attended The Muscogee Creek Nation Boarding School at Eufaula, Oklahoma, where she grew proud of her Creek American Indian heritage and spent several years before returning to Preston, Oklahoma. During her high school years, she excelled at her studies and enjoyed playing basketball, all while working at a local drug store and newspaper office in Okmulgee, Oklahoma. In high school, Yvonna was chosen and sponsored by the Whistle Orange Soda Company as “Miss Whistle” and contestant in the Miss Oklahoma pageant. She graduated salutatorian from Preston High in 1950. After high school, she attended classes at a local community college, worked for a loan company, and continued to play basketball in the AAU league.
While still in Oklahoma, she married Hubert W. Vick. After moving to Texas, they began their family, having Jim, Angela, and Mike. After working in the insurance business in Abilene, Texas, she settled in Rankin, Texas, where she raised her family. She married Steve McComb, with whom she owned and operated McComb’s BBQ, while still continuing to work as the secretary for the Upton County Attorney’s office, where she retired from after 30 years of employment. She was also a member of the First Baptist Church of Rankin, enjoyed helping people in the communities of Rankin and McCamey, supporting her children in their school athletic events, and was very involved in the county’s elections process. After retiring, she spent her days at her farm on Spring Creek, at Sherwood, Texas, raising goats.

The family would like to thank Kindred Hospice of Midland, Texas, and the entire staff at Rankin County Hospital District, for their amazing care and compassion for Yvonna and the family during this time.