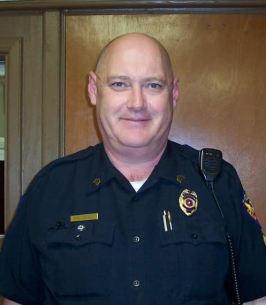 Stan was born April 29, 1954 in Waynesville, NC to Marlene and Wils Woody. Stan was the oldest of five children.

Stan graduated from Bessemer City High School in 1972. It was during high school he met his bride-to-be, Barbara Armstrong. Stan and Barbara were married May 30, 1974.

Stan continued his education at Gaston College and then Gardner-Webb University, majoring in criminal justice and psychology. He graduated in 1982.

Stan and Barbara welcomed their first daughter, Robyn Nicole, in 1977 and then their second daughter, Andrea Marie, in 1980.

Stan began his law enforcement career in North Carolina in 1978. In 1983, Stan and Barbara decided to move west and continue his career with the Odessa Police Department. Stan promoted through the ranks to Lieutenant and served with multiple divisions with OPD.

In March 1993, the opportunity came to begin serving with the Crane Police Department. Stan worked as a patrol officer until retirement as Sargent in December 2004.

It was in 1997 Stan made the decision to continue serving the community by joining the Crane Fire Department as a firefighter/EMT-Basic. Stan continued this venture until retirement in 2019.

After retirement from the Crane Police Department, Stan continued his career as a correction officer with the Crane County Sheriff’s Office. Stan also served a bus driver for the Crane Independent School District. Stan continued the community as the city fire marshal and a substitute teacher at Crane ISD.

Stan is welcomed into his next life by his mother, father, brother Thomas, and granddaughter, Tyra. Left to grieve Stan are his wife of 46 years, Barbara, and daughters Robyn (Frank) Scott, Andrea (Chad) Potter, and grandchildren: Abigail, Rowan, and Jack.

A memorial service will be held Monday, December 28, 2020 at 2 PM at the Shaffer-Nichols Funeral Home Chapel. Services will be officiated by Reverend Tommy Parker. Social distancing will be encouraged.

In lieu of flowers, the family is asking for donations to the American Diabetes Association in Stan’s name.

To order memorial trees or send flowers to the family in memory of William Stanley "Stan" Woody, please visit our flower store.