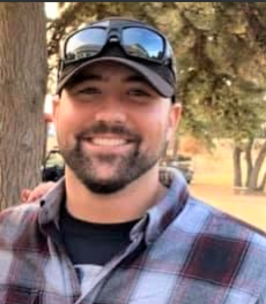 He completed all of his schooling in Odessa, graduating from Permian High School in 2011. He entered Marine boot camp June of that year and served his country as a proud Marine where he was known as “Day-Day”. He was discharged in May of 2018. Ridgley was baptized as a teen.

Memorial Services will be 10:00 am Saturday, June 20, 2020 at Rolling 7’s Ranch Event Center, 11700 W Co Rd 122, Odessa, Tx (near the airport) with ministers Steve Knisely and Les Boone presiding.
Arrangements are under the care of Shaffer-Nichols Funeral Home of Crane.

Ridgley’s family would like to thank every one of you who has called, sent messages, visited in person, told stories, provided emotional support, delivered food and other items, and especially offered your prayers. We would like to extend a very special thanks to Shawn and Kellie Hooper for graciously donating the venue to honor Ridgley. He was an amazing man who had a boisterous laugh, a loving personality, and the biggest heart. He loved his family, friends and fellow Marines fiercely and he will be truly missed by them all. Semper Fi!

In lieu of flowers, please support Irreverent Warriors or Mission 22 for Veteran PTSD and Suicide Prevention.
To order memorial trees or send flowers to the family in memory of William Ridgley Day, please visit our flower store.