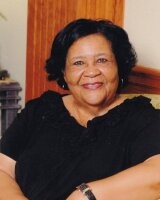 Funeral Services will be held at 2:00 PM on Sunday, October 30, 2016, at the Shaffer-Nichols Funeral Home Chapel with Reverend Calvin Knighten officiating. Burial will follow in the Garden of Memories Cemetery in McCamey.

Wanda was born on June 12, 1947, in El Paso, Texas. She was a longtime resident of McCamey. She was a retired educator having taught 33 years before her retirement. She taught the last 20 years at the Duncanville ISD, in Duncanville, TX.
Wanda loved working in the nursery at the Southwest Harvest Church in Duncanville. She enjoyed playing bingo, reading, traveling with her grandchildren, and taking weekend trips with her siblings.

She was preceded in death by her parents, Gussie and Lenora Brown; and a brother, Samuel Brown.
Wanda is survived by her daughters, Melanie Spratt of McCamey, Marian Allsup and her husband Robert of Trophy Club, TX; a son, Lionell Bunton and his wife Sade Spencer of Charleston, SC; six brothers, Gussie Brown of Big Spring, Harold Brown of Lamesa, Larry Brown of McCamey, Ronnie Brown of McCamey, Curtis Brown of Midland, and Wesley Brown of McCamey; two sisters, Rosie Bend and Marian Brown, both of McCamey; five grandchildren, Ava Anderson, Kaylee Allsup, Julia Anderson, Reagan Allsup, and Harrison Allsup; and numerous nieces, and nephews.
To order memorial trees or send flowers to the family in memory of Wanda Jo Brown, please visit our flower store.