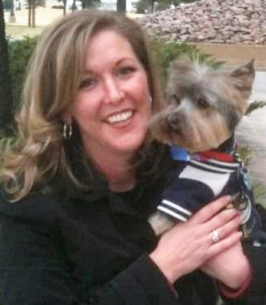 Services will be at 10:00 AM on Saturday September 18, 2021 at the First Baptist Church of Rankin ,where Valorie was a member, with Pastor James Jones officiating. Afterward Valorie will be taken to Ater Cemetery near Gatesville where she will be laid to rest in the Rogers family plot with a brief graveside service at 5:00 PM on the same day. Pallbearers are Garrett Rogers, Owen Rogers, Kent Scott, Jerry Scott, William Scott, Kelly Cooper, and honorary pallbearers Connor Rogers and Harrison Rogers.

Valorie graduated Rankin High in 1997 and was salutatorian of her class. She was active in basketball and track where she qualified for the state meet as a long jumper and member of the sprint relay team. Valorie was active in many school functions, UIL competitions, and was a RHS cheerleader for four years. After high school she attended Angelo State University where she was a member of Delta Zeta sorority and graduated with a masters degree in marketing and business management.

Valorie was a board member of Odessa Teen Court and was always supportive and encouraging to local youth. She loved life and she loved all the many friends that she had throughout West Texas. Valorie was employed at her family-owned business Rogers Packer, Inc. where she was the office manager along with many other responsibilities from safety management to hotshotting equipment to the oilfield. She held the world together and kept the wheels turning at work. Her many talents, happiness, and joy she brought with her will forever be missed.

Valorie was preceded in death by her grandparents T.L. and Colleen Rogers, and Billy and Faye Cooper, and by her aunt Carol Rogers Scott all of Gatesville.