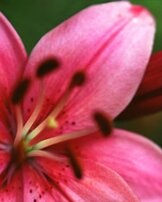 Graveside services will be held at 2:00 PM on Saturday, January 10, 2015, at the Crane County Cemetery. Arrangements are under the direction of Shaffer-Nichols Funeral Home.

Treva was born on August 2, 1939, in Bowie, Texas. She was a homemaker and a longtime resident of Crane. She loved to sew, crochet, and knit.
Treva was preceded in death by her husband, Charles in 1986; and her daughter Debra Lanning in 2014.