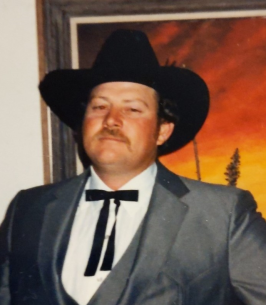 He was preceded in death by his parents Ollie and Louise Alldredge and older brother Russell Alldredge. He is survived by his son, Travis Kullin Alldredge of Colorado, younger brother Roy Lee Alldredge of Iraan, 4 nieces, 1 nephew, and many cousins.

Travis had 2 loves in his life with the most important one being his son Kullin. He loved taking him hunting. He taught Kullin how to hunt from a very young age with a gun and a bow. They would go to the ranch and set in a blind waiting on the perfect buck to come out of the brush. His enthusiasm for hunting lead him to Africa and New Zealand, both of which he took Kullin as his hunting partner. He also taught Kullin many tools of the trade of gunsmithing. The first thing Kullin would do when he got a new gun was to take it apart to see how it worked. Kullin ‘s drive to be a gunsmith was fostered by Travis’ teaching him how to handle a gun.

Travis’ second love was his horses. He had a passion for team roping. And he was good at it! He won many buckles, breast collars, and saddles throughout the years both heading and heeling. He made many friends all over the United States due to his travels in the sport.
Travis was a good friend to many people and those friends will miss him.
To order memorial trees or send flowers to the family in memory of Travis Alldredge, please visit our flower store.