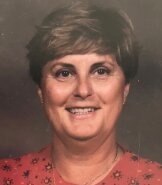 She attended Iraan High School in her youth, gaining notoriety as a standout female athlete. In her professional life, she began teaching elementary school, eventually landing in Midland, Texas, where she achieved the honor of Teacher of the Year. She then acted as principal for the opening of Bush Elementary, hosting President George HW Bush and his wife, former First Lady Barbara Bush during the opening ceremonies. She stayed there as principal until her retirement, where she relocated to Box Canyon on Lake Amistad. She was then convinced to come out of retirement to become principal of Comstock ISD, a nearby school. After her second retirement, she enjoyed a life of gardening and spending time with her beloved dogs, Ebbie and Bear.

Never one to be idle, she became the advocate for the residents of Box Canyon regarding the paving of the road leading to the small lakeside community.

Toby was a treasured sister, aunt, and sister-in-law. She was preceded in death by her parents, Claude â€œBudâ€ McAnally and Billie McAnally of Iraan, Texas.

She is survived by her three brothers, Mike, Terry, and Doug McAnally and their families. Toby was an amazing influence to people in both her personal and professional life and will be remembered fondly by all.

In lieu of flower arrangements, the family requests donations to the Alzheimerâ€™s Association, which funds research on treatments and efforts to find a cure for Alzheimerâ€™s Disease, a cause very close to the familyâ€™s hearts.

Visitation will be held at the Shaffer-Nichols Funeral Home in Crane on Tuesday, August 21, 2018, from 9:00 am until 8:00 pm. Graveside services will be held at 10:00 am on Wednesday, August 22, 2018 at the Restland Cemetery in Iraan, Texas.
To order memorial trees or send flowers to the family in memory of Toby Ward, please visit our flower store.