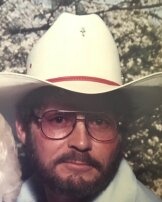 Tex David Brents was born in Atascocia county on September 29th 1941 to James Henry â€œEmyâ€ Brents and Jessie Jane Applegate. He was born second in a family of six siblings, which included three sisters Shirley, Judy, and Reta and two brothers Jim and Dan.

His family relocated to Crane, Texas where he was raised in a tight knit family that included aunts, uncles, and many cousins. He attended school in Crane until graduation. During his school days he enjoyed golden glove boxing, basketball, and football. Soon after graduating high school he was drafted into the army and served four years in Vietnam. Upon returning he married and had two children a son, Scott David Brents, and a daughter, Misty Fay Brents. During this period he began his career as a gas plant operator with El Paso Natural Gas. This was a 35-year long career that took him across Texas, to Arizona, and back to Texas. During these years he met and enjoyed the company of close friends. He enjoyed hunting deer and arrowheads, fishing, bowling, playing washers, and raising chickens and rabbits. In 1988 he met and married the love of his life Dorothy L. Hester. Along with Dorothy came four stepsons, Albert, Felix, David, and Rey Chavarria. Dorothy preceded him in death in 2002. Soon after her death he relocated to Denver City Texas, along with his dog Bubba, to help with his grandchildren Justin and Stacy. He resided in Denver City until the time of his death.

Graveside services will be held at 2:00 PM on Tuesday, December 26, 2017, in the Crane County Cemetery.
To order memorial trees or send flowers to the family in memory of Tex Brents, please visit our flower store.