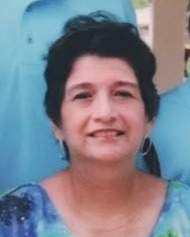 Susan Kay Cadena Rodriguez passed away on Sunday, September 11th, 2022 at the age of 54.

She was born September 16th 1967 to Alvina Cadena and Manuel Cadena Sr in Crane Texas. She married Greg Rodriguez from Odessa Texas on May 11th, 1991 in Crane Texas. Susan was a very loving mother, sister, wife, and friend to everyone she’s come across. She survived by her spouse Greg Rodriguez and her kids Ryan Rodriguez, Aaron Rodriguez, and AJ Rodriguez. She also survived by her brothers and sisters, Manuel Cadena Jr, Tinker Cadena, Ricky Cadena, Debra Ortiz, Carol Cadena, and Robert Cadena.

Susan attended Crane High School in Crane Texas where she played sports and was in the band. She was a drum major for the band and played the clarinet. She was also part of the group that started Cranes streak for the band program. She also played volleyball, basketball, and ran track. Susan later worked for a little while where she later than stopped to become an at home mom and take care of her three children Ryan, Aaron, and AJ.

She was a very helpful person no matter what situation she was in. She was a part of the PTSA, Band Boosters Club, Sports Boosters, and taught classes at the church as well. She helped with the school through sports and band anyway possible. She was very helpful in the community and was always one hundred percent in what she did. She never thought of herself first in any situation and would help in any way possible. She was always in a joyful state of mind and always had a big smile on her face no matter the circumstances. Susan also had a very strong faith in God and was not afraid to tell people about how much she loved the lord. She’ll be missed dearly by all her friends, family, and anyone she’s encountered through her lifetime.

To order memorial trees or send flowers to the family in memory of Susan Kay Rodriguez, please visit our flower store.