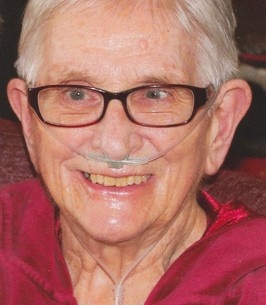 Shirley Fay Steinberg, 81, of Crane, died April 3, 2019, at Medical Center Hospital. She was born June 8, 1937, in Malone Hogan Hospital at Big Spring. She was the youngest of Paul H. and Sybil Kennedy’s family. Growing up in the oilfields of Otis Chalk, Shirley attended and graduated from Forsan High School near Big Spring. Later on Shirley was married for a short time to an airman from Webb Air Force base, having her only child, a son, Paul Michael, in 1964. She went on to college in Denton before moving to Crane where her sister Imogene Petree and brother John Kennedy lived. Shirley was employed by the Crane Nursing Home until she received a medical disability retirement in 1988. The Crane Nursing Home was her home until her death – a total of 31 years. Shirley was a Christian who relied on the Lord and found Him to be faithful.

She was preceded in death by her parents; her sisters, Imogene Petree and Alma Rose Murphy; and her brothers, Paul Hamous “Bunny” Kennedy, James John Kennedy, and Robert Earl Kennedy. She is survived by her sister, Melba Joan Myers of Arbuckle, California; her son, Paul Michael Kennedy of Abilene; a host of nieces and nephews and their children; her beloved roommate, Patsy Moss; and her nursing home “angel” Cheryl Brown. To all of Shirley’s nurses, caretakers, Dr. Gumato, and friends, thank you. A special thanks to her great niece and nephew, Penny and Jeff Mason who faithfully visited her, took care of her needs and many desires, and loved her just as she was.

Services will be held Saturday, April 27, 2019, at 11:00 am at the Shaffer-Nichols Funeral Home in Crane. Family will have visitation on Friday from 7 to 8:30 pm at the funeral home.

To order memorial trees or send flowers to the family in memory of Shirley Fay Steinberg, please visit our flower store.