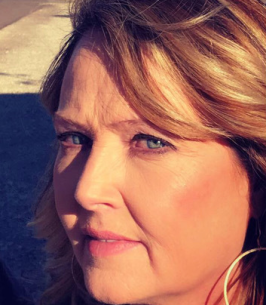 A graveside service will be held at the Sheﬃeld Cemetery in Sheﬃeld, Texas at 10:00 AM on Friday, September 3rd.

She grew up in Sheﬃeld, Texas alongside the Pecos River, being raised by her Grandparents Nonnie and Da, and attending school in Iraan, Texas and graduating in 1985. She fiercely loved her family, and considered more folks family than were blood relatives. She didn’t mind at
all defending her family members to whomever may need correcting. Shirley had no desire to travel the world, as her wonders could be found in the eyes of those she loved. Shirley truly was a Guardian Angel on earth as she is now in Heaven.

She was preceded in death by her grandparents Olin (Da) Smith and his wife Kathryn (Nonnie), Herman Kennedy and wife Laura, her parents Floyd Kennedy his wife Carolyn and mother Oleta Patterson, and Uncle Lloyd Coots.

“He heals up the brokenhearted and binds up their wounds” Psalms 147:3

In lieu of flowers, memorials can be made to the Iraan Ex-Student Association.
To order memorial trees or send flowers to the family in memory of Shirley McMahon, please visit our flower store.