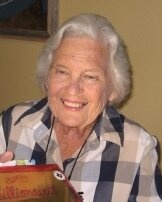 It is with great sadness that the family of Sarah Elizabeth Vernon Whisman, known by all those who knew her as â€œMawâ€, announces her passing on September 23, 2018 at the age of 82.
Maw was born on November 26, 1935 in Gilmer, Texas to Mr. and Mrs. Floyd Vernon. She married the love of her life, Wiley Bob Whisman, in Stephens, Arkansas on May 28, 1954. They were inseparable. The two of them made a life for themselves as the owners and operators of Whismanâ€™s Grocery and Whismanâ€™s Exxon in Midkiff for many years. They both made great contributions to the community through their work. Sarah was a member of Eastern Star in Midkiff. She worked at the local Post Office and was a Notary Public. Community members would go to her house at all hours of the day and night to have her notarize things. She was a member of the First Baptist Church Midkiff. Much of her time was spent hauling grandkids around or watching them in school or extracurricular activities. Her grandkids fondly remember time spent at the lake, including her famous lake morning breakfasts. All the grandkids spent time in the store, either getting weighed on the produce scales, napping in the grocery carts, or learning how to count back change. They were never allowed to use the cash register button that told how much change to give back! The girls also have memories of sweeping those hardwood floors and cleaning them with sawdust. Maw was never without a Kleenex, a cup of ice, or her glasses on a chain around her neck. She never went anywhere without her lipstick and would make the most of a tube, wearing it down to a miniscule point. Grandkids remember sitting on the back pew in the Baptist Church, true Back Row Baptists, and eating mints and lifesavers out of Mawâ€™s purse throughout the sermon. Although she has been referred to by many in the last several days to have been a â€œsweetâ€ lady, those who knew her best know she had a feisty side as well. One of her grandsons remembers getting pulled over when she was driving with no seatbelt. The officer asked why she was not wearing a seatbelt, to which she replied. â€œIt chokes me.â€ He went on to tell her that week was the â€œClick It or Ticketâ€ week. She brazenly responded, â€œWell, Whoopee!â€ She ended up getting the ticket that day, but left us with a memory of her stubbornness and ability to crack jokes and hold her own. Her grandkids and great grandkids are left with many such memories of such a special, one of a kind lady.
When Bob passed away, Sarah moved to Rankin, where she was active in the First United Methodist Church, kept the nursery, and continued to follow her grandkids and Red Devil football.
Maw will be lovingly remembered by her son Bobby Arthur Whisman of Midkiff, daughter Deborah Elizabeth Whisman Brookins and her husband Joe, of Midkiff, and daughter Tammy Denise Gomez and Ray of Rankin. Also holding fond memories of her are her grandchildren: Heather Brookins Brown and her husband Brad of Greenwood, Debbie Jo Brookins Simon and her husband Randy of Vicenza, Italy, Amanda Whisman Gentry and her husband Tyson of Early, Cory Whisman and his wife Dendra of Greenwood, Tyson Whisman and his wife Astin of Llano, Justin Brookins and his wife Crystal of Midkiff, Cody Gomez and his wife April of Andrews, Courtney Gomez Lujan and her husband Chris of Wink, Blake Gomez, and Emma Gomez, both of Rankin.
Maw also had fifteen great grandchildren: Trystin Plumlee, Braydon Seabourn, Jolton Brown, Kylee Smith, Brinley Seabourn, Aubrey Lujan, Cutter Gentry, Adalyn Whisman, Sawyer Gentry, Rhyder Lujan, Westyn Whisman, Colton Lujan, Justine Brookins, Desmond Simon, and Holdyn Whisman.
Sarahâ€™s life will be celebrated by a service at the First United Methodist Church in Rankin at 10:00 am on Thursday, September 27, 2018.
Pallbearers are Cory Whisman, Tyson Whisman, Justin Brookins, Cody Gomez, Blake Gomez, Brad Brown, Chris Lujan, Tyson Gentry, and Randy Simon.
Honorary Pallbearers are Trystin Plumlee, Braydon Seabourn, Jolton Brown, Cutter Gentry, Ryder Lujan, Westyn Whisman, Colton Lujan, and Holdyn Whisman.
Memorial donations in honor of Sarah Whisman may be made to Rankin Methodist Kidsâ€™ Program, P.O. Box 503, Rankin, Texas, 79778.
To order memorial trees or send flowers to the family in memory of Sarah Whisman, please visit our flower store.