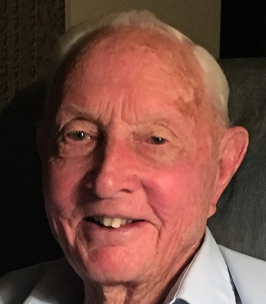 Roy was born March 13, 1936, in San Angelo, Texas. He was the son of Merle and Roy Lee Damron. He grew up in Crane, Texas where he lived with his parents, grandmother, Nilla Balkum, brothers, Jack and George and sister Suder.

Roy married Wanda Day in 1957. They lived in Crane where he worked at Block 31 for 12 years. In 1969, they moved to Rifle, Colorado. Over the years Wanda and Roy lived in many places, but they always considered Rifle home.

Roy had a long, exciting career with ARCO Oil and Gas, as an employee in West Texas, Rifle, Colorado and Prudhoe Bay, Alaska. He managed the construction of many of the large volume processing facilities on the North Slope. Tiring of the cold, they left Alaska, and returned to Crane, where he became plant superintendent at Block 31. He retired there but couldn’t resist the many consulting jobs ARCO and BP hired him to do in Washington State, Mexico, and China.

In retirement, Roy and Wanda traveled the U.S. to pursue his avocation, precision shooting. Roy won many national level competitions in Bench Rest and 1000 Yard shoots. He set a world record for the 1000-yard competition. But more importantly, he made many friends in the competitive shooting community.

Roy was preceded in death by his loving wife Wanda. He is survived by their two children Connie and her husband Bob Dinning, Mark and his wife Marie, three grandchildren, Jake Bricker, Sarah Dinning, and Austin Damron, as well as his two brothers Jack and George, and his sister Suder.

Memorial services will be held at the chapel in Shaffer Nichols Funeral Home on Tuesday, December 14, 2021, at 11:00 a.m.
To order memorial trees or send flowers to the family in memory of Roy Damron, please visit our flower store.