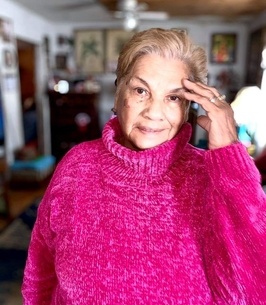 Funeral services will be held at 11:30 am on Friday, February 19, 2021, at the Shaffer-Nichols Funeral Home Chapel. Burial will follow in the Resthaven Cemetery.

Rosa was born on January 1, 1940, in Pecos, Texas. She was a homemaker and a longtime resident of McCamey. Rosa was a member of the Sacred Heart Catholic Church. She absolutely loved spending time with her grandchildren and great grandchildren and attending all their sporting events.

Services are moved to Friday due to the weather