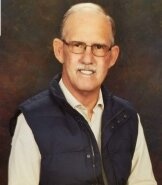 Graveside services will be held at 11:00 am on Saturday, February 2, 2019, at the Crane County Cemetery with Tommy Parker officiating. Arrangements are under the care and direction of Shaffer-Nichols Funeral Home.

Ronnie was born on February 28, 1953, in San Angelo, Texas. He had lived in Crane most all his life and was a 1972 graduate of Crane High School. He married his high school sweetheart, Joyce Marie Price on February 15, 1974, in Crane. Ronnie retired from the oilfield where he had worked as a drilling superintendent and consultant. He loved to fish, hunt, and was an avid golfer. Ronnie loved his family and spending time with his children and grandchildren was what he enjoyed most of all.

He was preceded in death by his parents, Oliver Dewey Baze and Betty Jean Wilson Baze; his wife, Joyce Marie Baze; and two brother, Michael Baze and Johnny Baze.