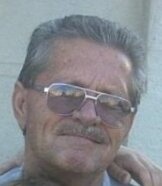 Ronald Lee Tarpley, 72 of Crane, Texas passed away on Tuesday, January 1, 2019 in Las Vegas. Ron battled with continual cardio issues as well as growths within his lungs. The staff at the Chutney Residential Home (Chris, Wilma and Maria) and Galaxy Hospice in Las Vegas lovingly cared for him during his time of need.

Ron was born on November 15, 1946 in Bonham, Texas. He married the love of his life Barbara Taylor Tarpley on September 21, 1968. He was a longtime resident of Crane. After graduation, Ron served his country by joining the United States Army with two tours in Viet Nam. After his service to country, Ron served as a police officer, worked in the oil field and dedicated his life to God becoming a minister.

He was preceded in death by his father, Leonard Leon Tarpley in 1977; his mother, Nettie Laverne Wright Tarpley in 1992; and his sister Lou Ann Tarpley Kennedy in 1996.

Memorial Service will be held at 1:00 pm on Saturday, January 12, 2019 at Shaffer-Nichols Funeral Home in Crane with Pastor Ellis Lane officiating.

The family would like to thank everyone for their prayers and presence during this most difficult time.
To order memorial trees or send flowers to the family in memory of Ronald Tarpley, please visit our flower store.