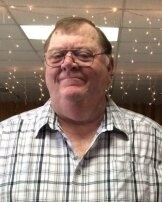 Rodney Edwin Hendricks, known as â€œBig Rodâ€ to many of his friends, passed away February 3, 2017, in his home in Ft Stockton after a battle with cancer.

Rodney was born on December 21, 1948 in Portales, NM, to Earl Hendricks and Goldya Meason Hendricks. He joined the army in 1968 where he served 4 years. He married Sandi Young in 1975 and he worked in the oil and natural gas industry for more than 40 years. He enjoyed welding, metal-working, and rooting for the Dallas Cowboys. He was an adored Opa to his grandchildren and his sense of humor and stories enlivened any room.

Rodney is preceded in death by his father, Earl Hendricks.

Visitation will be Thursday, February 9, 2017 from 9-11 a.m. at the Church of Christ in Ft. Stockton. Funeral services will begin at 11 a.m. Graveside services will be conducted at 3:00 p.m. at Crane County Memorial Cemetery.
Arrangements are under the care and direction of Shaffer-Nichols Funeral Home of Crane.
To order memorial trees or send flowers to the family in memory of Rodney Edwin Hendricks, please visit our flower store.