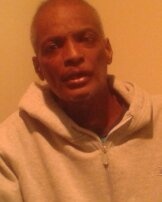 Funeral Services will be held on Friday, April 15, 2016, at 2:00pm at the First Baptist Church in Crane. Burial will follow in the Sunset Cemetery in Crane. Arrangements are under the care and direction of Shaffer-Nichols Funeral Home.

Ricky was born on December 12, 1961 to Jimmy Woods and Gala Jeffery Melton in Crane, Texas.

He attended school at Patronage of St. Joseph Catholic School as well as De Salle High School in Detroit, Michigan. Ricky received his confirmation at an early age where he professed Christianity and served faithfully as an Alter Boy under Father Robert Zarafa at St. Joseph Catholic Church.

During this time in his life, Ricky scored Genius status on all of the aptitude test he was given. He played basketball and football at the varsity level. Ricky attended Odessa College Culinary School and received his Chef License.

He was preceded in death by his father, Jimmy Woods; sister, Mechelle H. Flanigan; and grandparents, Richard and Charlie May Jeffery of Crane.

He is survived by his mother, Gala Jeffery Melton; son, Ricky Woods Jr.; sister, Sharda Biggers all of Detroit. He was also raised by; Johnny and Lois Johnson of Odessa, Virginia Jones of Ft. Worth, and Earnestine Vaden of Crane; and a host of aunts, uncles, cousins, and other family members.
To order memorial trees or send flowers to the family in memory of Ricky Barrett Woods Sr., please visit our flower store.