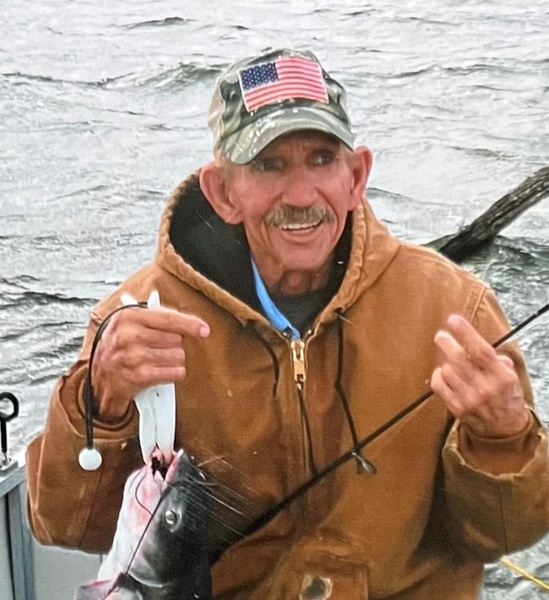 Richard Lynne Kennedy 75 of Crane passed peacefully surrounded by his family May 20, 2022. Richard was born in Big Spring, Texas December 19, 1946, to James John and Elemae Rose Kennedy. He was raised in Big Spring, Seminole, and later graduated from Crane High School. He enlisted in the US Air Force in 1967 and served 4 years. He returned to Texas to be closer to his family after his time in the service.  Richard was an avid fisherman. He always enjoyed spending time with his family and friends. Richard was always willing to help those around him.  If you didn’t know how to do something Richard would tell you. Richard worked mainly in the oilfield where he drove trucks, operated heavy equipment, and was a contract pumper. Richard also worked for Crane County Road & Bridge and Crane County Cemetery. During this time, he also served as a volunteer fireman for Crane Volunteer Fire Department. After retirement he spent his time fishing, traveling, and enjoying time with his family and friends. Later in life when his vision prohibited him from traveling very far, he spent his time at Jack’s Garage playing dominoes with his dear friends Jack Lane and Tony Staggs. Richard also spent his time “junking” and became a very avid collector of all things.

Richard is preceded in death by, His Mother Elemae Rose Kennedy, and Father James John Kennedy.  He is survived by his brothers David Kennedy and wife Delonda of Del Rio, Texas and Terry Kennedy and wife Margie of Brownwood, Texas. Richard is also survived by his children, Becca Kennedy, Amber Kennedy Allen and husband John Allen, and Skeeter Kennedy and wife Ashlie Velasquez Kennedy, all of Crane, Texas.  Five grandchildren who were his pride and joy. Dalton Kennedy, Cameron Williams, Allison and Husband Tyrone Springer, Cash DeLeon, and Braelynn Allen, all of Crane, Texas. Richard has one great granddaughter, Iris Rose Kennedy.

Richard’s family would like to extend the most heartfelt thank you to Focused Care of Crane, Dr. Gumato, Crane Memorial Hospital, and Home Hospice of Odessa.  Also, to Richard’s best friend Billy Dee McBrayer. Thank you, Billy Dee, for always helping make sure he was taken care of and had plenty of Dr. Pepper.

To order memorial trees or send flowers to the family in memory of Richard Kennedy, please visit our flower store.