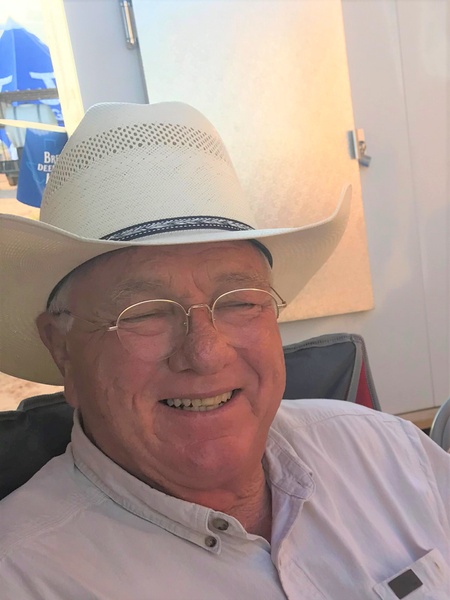 It is with heavy heart that I announce the death of my father, Ralph “Randy” Randall Kennedy on July 10th, 2022 following a brave attempt to beat cancer. Randy was born on December 29th, 1953, in Rankin, Texas. His working career was in the West Texas oilfield where he was known for his honesty, integrity and knack for working with all landowners – even the most tenacious.

Randy’s passions were his family, golf, classic western fiction novels, and especially his love of music. He was a talented song writer, drummer and guitarist. His kind heart and gentle giant spirit earned him a multitude of lifelong friends and there are countless stories of helping others with their dreams and careers. Many of these stories remained untold until after his death, when we learned that many successful careers were assisted early on by Randy’s generosity and helping hand. Randy was a fair man that expected straightforward honesty from those he kept close, even if it meant making difficult and sometime costly decisions. You’d often hear him remind others that “You can’t go wrong with honest.” For those fortunate enough to know and love Randy, he will be missed, but the way in which he led his life will forever shape our paths that we chose.

A memorial service will be held at Shaffer Nichols Chapel, Crane, Texas on Saturday July 16th, 2022 at 2pm. In lieu of flowers, memorial donations may be made to Crane Sandhills Rodeo, PO Box 514, Crane, TX 79731.

To order memorial trees or send flowers to the family in memory of Ralph "Randy" Kennedy, please visit our flower store.