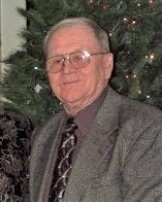 Quay B Clark Jr, extraordinary husband, father and grandfather, passed from his earthly life into his eternal life at the age of 84, June 18, 2018 after an intense brief illness.

He was born in Ft Stockton, Texas in the Riggs Hotel on November 9, 1933, the only child of Wilma Shirkey and Quay B Clark. When Quay was 3 years old, the Clark family moved to Crane, Tx where they lived for over 70 years. Quay Jr, or "Quakie", as his family and friends called him, began first grade and graduated from Crane High School in 1952. He still kept up with many of his classmates.

Quay attended Odessa college and Texas Tech University but volunteered for the draft before finishing college. He served his country in the Army in California and Ft Sill, Oklahoma. After receiving an honorable discharge, he returned to Crane and worked for a surveying company, El Paso Natural Gas, Gulf Oil Corporation, and Chevron USA after they bought Gulf. On the side, he and his dad raised cattle on the Clark and Son ranch in Northern Crane County. He served as a volunteer fireman in Crane, was a member of the Jaycees and was active in the Crane High School Band Boosters for 12 years.

Quay married Teresa Gail Bortzfield in 1965. She survives him after 52 1/2 years of marriage, along with their 3 daughters, Christina Gail Eubank (Rusty), Catherine Dawn Clark (Rob Hale) and Cynthia Leigh Barkley (John). Also surviving are his four Grandchildren, Skylar Alan Blackman (Jade), William Ridgley Day, Seth Douglas Eubank, and Jessica Elise Eubank, plus his faithful poodle, Honey Bear.
He retired from Chevron in 1992, and in 1993, after the girls had all graduated from CHS, Quay and Teresa moved to Midland where Teresa worked for Chevron.

Quay worked part time at a couple of building supply businesses in Midland, but his love was in woodworking, especially making wooden crosses of different sizes and along with Teresa they customized them for individuals and took them to craft shows.

Quay was faithful to his Lord and Savior from a very young age until his death, having served as a Deacon at Crane Christian Church where he drove the Church bus for many years, picking up children and those who didn't have transportation to Church. Many grown children still honor him as being instrumental in their faith.