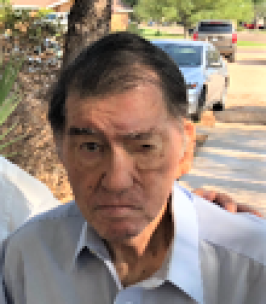 Pete F. Gomez was called to be with his Heavenly Father on Monday, March 23, 2020. He is preceded in death by his parents, Luz and Manuela Gomez, two daughters, Nancy and Lorena, and a sister, Sandy Nunez.
He was a devoted Catholic where he was active in many ministries, including his service as a fourth degree knight for the Knights of Columbus.