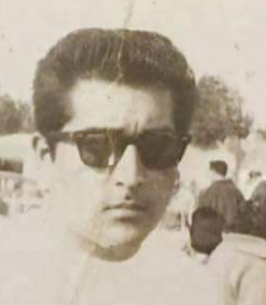 Pedro Rodriguez Sr., age 80, better known as “Welo” passed from this life peacefully on Friday,
December 10, 2021 at his home in Odessa, Texas. He was born to the late Miguel and
Guadalupe Rodriguez on February 22, 1941. He married the love of his life Maria on November
29th, 1959 and recently celebrated their 62nd wedding anniversary.

Pedro was a devoted husband, father, grandfather & great-grandfather. Everyone knew him
best by Welo. He was a happy go lucky man who loved life and everyone that he knew. He
loved to sing and play his guitar and was always joking around and making everyone laugh. He
also enjoyed fishing and camping, and watching the Dallas Cowboys, but most of all he enjoyed
getting together and spending time with family and friends. He will be so dearly missed by his
family and friends and all who had the pleasure of knowing him.

He is preceded in death by his parents Miguel and Guadalupe Rodriguez and several brothers.

Visitation begins Tuesday, December 13, 2021 at Shaffer-Nichols Funeral Home in Crane, TX at
2:00 p.m. Rosary will be Tuesday evening at 7:00 p.m. at Shaffer-Nichols Funeral Home.
Catholic Mass will be Wednesday, December 15, 2021 at Good Shepherd Catholic Church at
2:00 p.m. and Interment to follow at Crane County Cemetery
To order memorial trees or send flowers to the family in memory of Pedro C. Rodriguez, please visit our flower store.