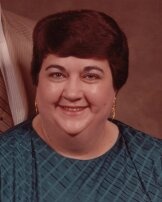 Patricia Jo Rogers was born on July 18th, 1947 in Gladewater, Texas. She moved to Crane with her family and attended Crane Schools where she graduated in 1965 from Crane High School. She married Doyle Boyd Rogers on September 10th, 1965. They were married for 51 years. Doyle and Pat lived in Crane and raised their family there. Pat worked several jobs in Crane. She loved working as a florist at Flowers by Kirksey and at the Crane Flower shop. Pat also worked as an accounts payable clerk for Key Energy until her retirement.

Pat enjoyed getting together with friends and family to play cards and dominoes. She was also an active member of First Baptist Church in Crane where she was a GA leader for many years.

Pat was an avid sports fan. She loved Crane High School sports and the Texas Tech Red Raiders. Pat was voted team mom for the Crane High School basketball team in 1982. In their later years, Pat and Doyle loved following their grandkids sporting events. Everyone knew when Pat was in the house. She was always the loudest one to cheer for her kids, grandkids, and her favorite teams.

She was preceded in death by her father John Floyd Mitchell and brother David Lynn Mitchell.

Pat is survived by her husband Doyle Boyd Rogers of Crane; two sons Mickey Rogers and his wife Stacey of Lubbock, Monty Rogers and his wife Jody of El Paso;
her mother Ida Jo Mitchell of Frankston; three sisters, Diane Beard and husband Larry of Frankston, Delight Bristow and her husband Wayne of Poynor, Teresa Jennings and her husband WT of Bullard; her grandchildren, Madison, Dallas, and Brock Rogers,
Ryne, Kelsi, and Kole Rogers; also surviving are her nieces and nephews,
Amanda, Stacey, Cody, Penny, Brian and Darla.

Funeral services for Pat will be held at 10:00 AM on Friday, January 6, 2017, at the First Baptist Church in Crane with Pastor David Evans and Tommy Parker officiating. Burial with follow in the Crane County Cemetery. Arrangements are under the care and direction of Shaffer-Nichols Funeral Home of Crane.
To order memorial trees or send flowers to the family in memory of Patricia Rogers, please visit our flower store.