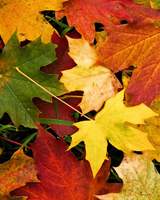 CRANE: Miguel A. Dominguez, 63 of Imperial, passed away on Thursday, December 30, 2010 at the University Medical Center Hospital in Lubbock.

Mass of Christian Burial will be held at 10:00 am on Saturday, January 1, 2011 at the Good Shepherd Catholic Church in Crane with Father Laurent Mvondo officiating. Burial will follow in the Crane County Cemetery with arrangements under the direction of Shaffer-Nichols Funeral Home.
Pallbearers will be Johnny Dominguez, Ricardo Dominguez, Adam Dominguez, Ronnie Rey, Jodie Tovar, Chris Tovar, and Rene Granado.

Miguel was born on August 28, 1947 in Fort Stockton, Texas. He was a longtime resident of Imperial; and was veteran, serving in the United States Army. He had worked for Pecos County; and was a member of the Ladies of Lourdes Catholic Church.

He is survived by six brothers, Raymond Dominguez and Emilio Dominguez both of Odessa, Johnny Dominguez of Crane, Nemo Dominguez of Andrews, Dario Dominguez of Imperial, and Willie Dominguez of Midland; and five sisters, Anita Carrasco and Manuela Tovar, both of Crane, Erminia Granado of Odessa, Mary Rey and Nirma Mabin both of Mertzon; and numerous nieces and nephews.
To order memorial trees or send flowers to the family in memory of Miguel A. Dominguez, please visit our flower store.