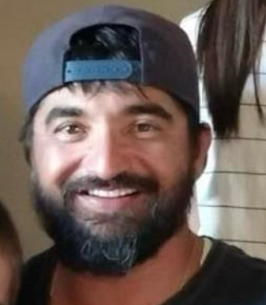 He was born October 22, 1983 in Monahans Texas. He was a derrick hand for Atlas Well Service.

Miguel was an amazing and loving father to all his children. He had a laugh and smile that was so contagious. He enjoyed spending time with his family and friends grilling, jamming out to his tunes and drinking a cold beer. He was loved by so many, there was never a time that his family questioned his love for them.

He was preceded in death by his father, Raul Dominguez and mother Rita Dominguez.

Miguel is survived by his children, Samantha, Savanah, Sydnie, Dylan and his Love and mother of their children Stephanie Ramirez. He is also survived by his son Zayden Adams and his mother Rebekah. He leaves behind brother, Raul Dominguez Jr and his wife Penelope, sisters Diana Tarpley and Belinda Smith. Nora Ramirez, Rachel Ramirez and Ezekiel Ramirez who were a big part of his life, as well as several nieces and nephews.