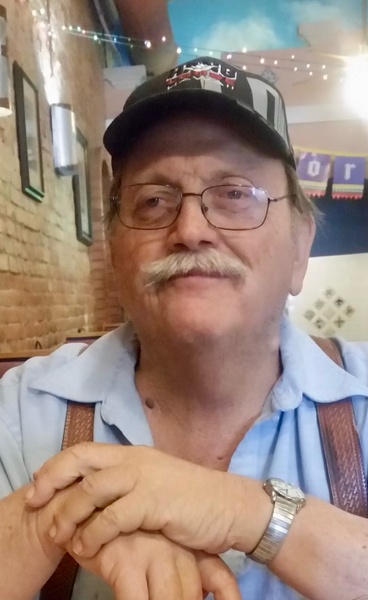 Michael Lee "Mike" Hall, age 68 of San Angelo, passed away after a lengthy illness on Tuesday,  July 12, 2022, peacefully, while surrounded by his loving family.  Mike was born on August 29, 1953, in Crane, Texas, to Jack and Ruby Hall. He graduated from McCamey High School in 1972.  He was an avid fan of the McCamey Badgers and followed them throughout his life.  He enjoyed the football games and followed the Badgers for years past his ability to attend.    Mike enjoyed and was proud to be a Badger, and followed football team, on the sidelines, as he helped the team at the games for many years, until his health declined and he was forced to move to San Angelo.   He took pride in wearing the orange and black colors, as he supported his favorite high school team but also supported the Dallas Cowboys.  Mike was well versed in most of the NFL teams and could enlighten all who asked about these teams.  Following sports was a passion for Mike, all of this life. Many who knew Mike will recall fondly his presence at the games and the joy on his face, when his team did well.

Mike is preceded in death by both of his parents, and brother, Robert Preston "Buddy" Hall.  He is survived by his cousins Willy Bond (Laqueta), Eugene Covill (Lori), Luanne Bentley, Charlie Covill (Nancy), and Lois North (John).  He is also survived and many second cousins, extended family and friends, who loved him deeply.

Graveside services will be at Resthaven Cemetery in McCamey, Texas, on Monday July 18, 2022 at 11.00 AM. In lieu of flowers, donations can be made to the McCamey Badger Fund, or favorite charity.

To order memorial trees or send flowers to the family in memory of Michael Lee "Mike" Hall, please visit our flower store.