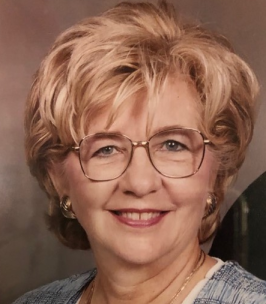 Marilyn Bell Howard, age 84, entered her eternal home with Jesus on Tuesday, March 19, 2019 with her loving husband by her side.

Marilyn was born November 24th, 1934 in Little Rock, Arkansas to Smith and Annie Bell. She married Clark Howard January 29th, 1953, and they celebrated their 66th anniversary this year. She loved horses, dogs, and the outdoors. She retired from ECISD after working in administration for 33 years. She and Clark attended Highland United Methodist Church together since they moved to Odessa in 1969. She was also a member of the Beta Sigma Phi sorority. She loved the holidays and hosting friends and family in her home.

A celebration of Marilyn’s life will be held on Saturday March 23rd, at Parks Faudree Family Chapel at Manor Park in Midland at 2pm.

The family would like to give a special thanks to the wonderful staff at Manor Park for their loving care these past 10 years.

Arrangements are under the care and direction of Shaffer-Nichols Funeral Home in Crane.
To order memorial trees or send flowers to the family in memory of Marilyn Bell Howard, please visit our flower store.