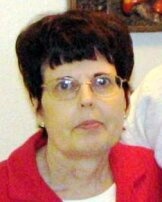 Margie Roselle Cook of Odessa, TX, passed on October 5, 2017 while living at the Kent County Nursing Care Facility in Jayton, TX. Roselle was born on April 23, 1948 in McCamey, TX to William Elbert and Iva Merle Gilliland. She graduated from McCamey High School and married Richard Bruce Cook. They lived in La Porte, TX for a short time before relocating back to Odessa. Roselle worked early on at Medical Center Hospital and the majority of her career for the Odessa Police Department where she retired.
Roselle is survived by two sons and a daughter in law, Daniel Bruce Cook of Houston and James Brian and Tamara Cook of Bedford and two grandchildren, Sterling and Tristan Cook; her sister and brother in law, Sandra and Stephen Holly of Colorado City; her nephew and his wife, Chance and Lara Fletcher of Odessa. She is preceded by her parents, brother Danny Ray Gilliland, and nephew Keith Fletcher.
Roselle loved spending time with her two grandchildren, watching television, and spending time with her dog, Opie.
Roselle will have a graveside ceremony on Sunday, October 8th at 2pm, in the Crane County Memorial Cemetery in Crane, TX. In lieu of flowers, please make a donation to the National Multiple Sclerosis Society.
Arrangements are under the care and direction of Shaffer-Nichols Funeral Home of Crane.
To order memorial trees or send flowers to the family in memory of Margie Cook, please visit our flower store.