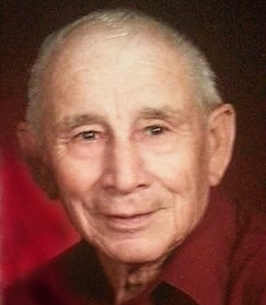 Manuel Cadena Sr was a Sargent in the United States Army and served in the Korean War in 1951-1952. He served his country from 1951-1963 and was very proud to do so. After returning home from active duty, he remained a member of the reserves for the Army, Navy, and Air Force. He received many honors for his active service in the army. Manuel was a long-time resident of the Crane community and was very active in it as well, such as being on the school board, helping with the church, was an election chairman of precinct 4 for 15+ years, and also served as a Den Leader for the boy scouts. He was also rewarded A Day of Proclamation on September 10th, 2011, known as Manuel Cadena Sr Day. He was very strong in his spiritual faith and served his church in which he taught classes there and was a member of the Kairos Prison ministries. Manuel was a member on the school board from 1985 to 2014 and followed the Golden Crane band and sports while he was a member. He will be loved and missed by his family, friends, and anyone else he’s come across and brought a smile too.

Rosary will be said at 7pm on Wednesday, January 12th, 2022, at the Shaffer-Nichols Funeral Home in Crane. Funeral Mass will be at 10am on Thursday, January 13th, 2022, at the Good Shepherd Catholic Church in Crane with burial to follow in the Crane County Cemetery.
To order memorial trees or send flowers to the family in memory of Manuel Cadena Sr., please visit our flower store.