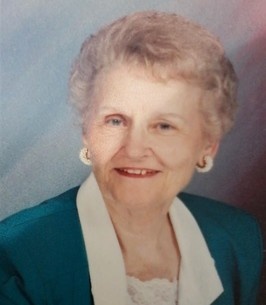 Lois married Henry L Lawson on Nov. 7, 1933 and were married for 46yrs until his passing on Dec. 4, 1979. She and Henry moved to Odessa, Tx, from McCamey, Tx in 1956 where she still resided in the same home until her passing. She was a mother to 3 children. In 1981 she married Henry Treadaway and they were married for 15yrs until his passing. She then married Jim Laney in 1999-2001 when he passed away.

Lois’s career path took her from the Furrs counter to Burnett Cafeteria, Murphy’s as a snackbar manager, to Dunlaps in ladies apparel and finally to Everybody’s Grocery as a bookkeeper. She worked there until her retirement.

Lois is preceded in death by an infant son, by her middle son-Henry Lee Lawson. Her brothers Bethel Walters, Lloyd Walters, Rex Walters and her sisters Vern Lovelady and Ellen Isensee. Her son-in-law Price Pool, her grandsons Timmy and Howard Pool.
Lois is survived by her Daughter- Faye Pool of McCamey, Tx. Son-Calvin Lawson and wife Frankie of Odessa and daughter in-law Mary Lawson of San Angelo. She is also survived by 7 grandchildren, 17 great-grandchildren and 20 great-great grandchildren.

The family asks in lieu of flowers that you might donate to the Sherwood Baptist Church Building fund.
To order memorial trees or send flowers to the family in memory of Lois Laney, please visit our flower store.