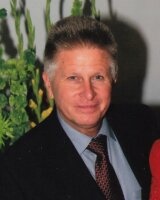 Lewis William (Bill) Cass, Jr., of Crane, entered Heaven on Sunday, July 24, 2016 at Midland Memorial Hospital. He was surrounded by his loving family.

Bill was born on December 4, 1950, in Odessa, Texas. His parents were Lewis and Ruby Cass. He lived in Odessa, Snyder, and Wichita Falls, Texas, before moving to Crane in 1967.

He graduated from Crane High School in 1969. He attended Odessa College and UNT where he earned his BS in Education. He later earned two masters degrees from Sul Ross State University. Bill taught for 4 years in McCamey ISD and 18 years in Crane ISD before moving to Hamlin, Texas. He retired from Hamlin ISD in 2003 after 30 years of teaching, school counseling, and administration.

Bill was married to Paula Kay Davidson on May 19, 1972 in Crane, Texas at the Tabernacle Baptist Church. They were blessed with two girls.

Bill was devoted to his family and his church. He enjoyed playing his saxophone, singing in the church choir and Second Chance Quartet. He also enjoyed carpentry work and camping with his family.

Bill was preceded in death by his parents, Lewis and Ruby Cass of Crane; and a brother, Joel Lynn Cass, of Austin; and father-in-law, Paul Davidson of Crane.

He is survived by his wife of 44 years, Paula, of Crane; two daughters, Gigi Young and her husband Jonathan of Nampa, Idaho, and Nancy Bruno and her husband, Nathan, of Springboro, Ohio; three grandchildren, Natalie Young, Jack Young, and Wade Young of Nampa, Idaho; his mother-in-law, Kathrin Davidson of Crane; a sister-in-law, Joann Cass of Austin; a sister-in-law, Helen Baxter and husband Fred of Dubach, Louisiana; two nephews; many cousins; and a host of friends.

Family Visitation will be on Wednesday, July 27, 2016, from 6-8 p.m. at the Shaffer-Nichols Funeral Home in Crane, Texas.

Funeral services will be Thursday, July 28, 2016, at 2 p.m. at Second Baptist Church of Odessa, Texas. Burial will follow at 4:00 p.m. at the Crane County Cemetery.

In lieu of flowers, memorials may be given to the building fund at Second Baptist Church, Odessa, Texas or Mission Aviation Fellowship, Nampa, Idaho.
To order memorial trees or send flowers to the family in memory of Lewis William "Bill" Cass Jr., please visit our flower store.