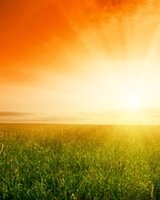 Lawrence E. Dickson, 94, of Whitehouse, Texas, and formerly of Crane, passed away on Wednesday, May 7, 2014, in Tyler.
Graveside services will be held at 10am on Monday, May 12, 2014, at the Crane County Cemetery with Pastor Tim King officiating. Arrangements are under the care and direction of Shaffer-Nichols Funeral Home.
Lawrence was born on April 22, 1920, in Burkburnett, Texas. He was a WWII Veteran, having served in the Army. Lawrence was a senior buyer for AMACO before his retirement. He was a member of the Tabernacle Baptist Church in Crane.
He was preceded in death by his first wife, Eloise in 1973; and his second wife in Doris in 1997. He was also preceded in death by a brother, Clyde Dickson. Survivors include his son, Don Dickson and his wife Jan of Whitehouse, Texas; and his daughter, Beverly Sue Stambaugh of Montrose, CO; 4 grandchildren; and 4 great grandchildren.
To order memorial trees or send flowers to the family in memory of Lawrence Dickson, please visit our flower store.