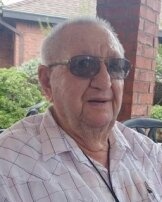 Kenneth Charles Wheeler, 82, of Crane, passed away on Monday, March 27, 2017, at the Midland Memorial Hospital.

Funeral Services will be held at 2:00 pm on Thursday, March 30, 2017, at the Tabernacle Baptist Church in Crane with Pastor Tim King officiating. Burial will follow in the Crane County Cemetery with arrangements under the care and direction of Shaffer-Nichols Funeral Home.

Kenneth was born on September 18, 1934, in Scott County, Mississippi. He had lived in Crane since 1958. Kenneth was a retired Contract Pumper. He was a Mason as well as a longtime member of the Tabernacle Baptist Church in Crane.
Kenneth enjoyed woodworking and spending time in his workshop, and he loved to bar-b-que for his family. Kenneth also loved to hunt and fish.

He was preceded in death by his loving wife, Katie in 2014; two daughters, Felicia Adams and Cindy Tucker; three son-in-lawâ€™s, Dale Bundick, Nathan McLaughlin, and Al Mathis; two brothers; and one sister.