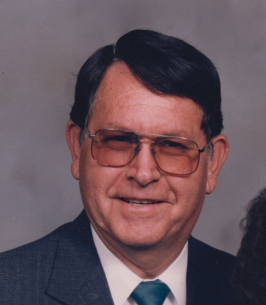 A graduate of Paonia High School in Paonia, CO, he attended undergraduate college at Western State College in Gunnison, CO, taught math at Florence, CO, before moving to Texas and teaching math for one and half years in Tulia, TX. He left Tulia to move to Abilene to work for Humble Oil Company in both Abilene and Houston areas.

He married Nan Ellen McDaniel on October 10, 1958, in Muleshoe, TX, where he farmed and/or taught both junior high school and high school math until 1979. The Largents moved to Crane where he taught high school math/physics and was UIL calculator director until he retired in May1991.

Mr. Largent had a tremendous work ethic in math, carried many students to schools across Texas and to State Meets during bis Crane teaching career. He worked with students before and after school on UIL calculator
materials as well as students who needed extra help on math problems in his classes. Nan and Kenneth did not have any children, but his students were very respectful to both of them at all of their contests.

Kenneth is survived by his brother, Gaylord and Karen Largent in Abilene, Texas, and Judy Largent in Grand Junction, CO, and Bennie and Byron, Nan's sister and brother-in-law in Mountrose, CO, and nieces and nephews.

Kenneth was preceded in death by his wife, Nan Largent, father and mother, Chester and Bertha Largent, his brother, Jim Largent, and sisters Zekma Ruth Nielson and Willa Marie Huff.

Private memorial services will be held at a later date. Arrangements are under the care of Shaffer-Nichols Funeral Home.
To order memorial trees or send flowers to the family in memory of Kenneth Duane Largent, please visit our flower store.