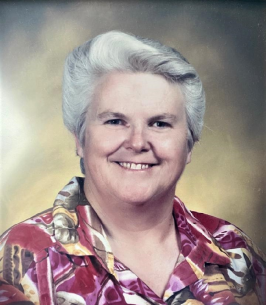 Pamela Kay (English) Hopper went to be with the Lord at her home in McCamey on February 17, 2020.

Kay was born August 30, 1947, in McCamey, and was a lifelong resident and McCamey Badger, graduating from McCamey High School in 1965. She was a familiar face to many children growing up in McCamey through her roles as a Middle School secretary, band director’s assistant, school administration official, 4-H leader, and Boy and Girl Scout troop leader. Kay and her husband, George, were part of the McCamey Volunteer Fire Department and Emergency Services crew for many years and were active in the McCamey and Crane Churches of Christ throughout her adult life. She was an avid crafter in her younger years, and always enjoyed eating out with all of her friends in town.

She is survived by her daughter, Julie and her husband Doug, of Lakeside, Montana; son, Greg and his wife Shawna, of Ozona, Texas; grandchildren, Lauren Dillard, Will Dillard, Alex Hopper and Adam Hopper; and two great-grandchildren, Elijah and Jordyn, with another on the way. She was preceded in death by her husband, George, and her older brothers, Jack and Jerry English.

Services will be held at 2pm Monday, February 24th, 2020 at Mary St. Church of Christ in Crane. Kay will be laid to rest next to her beloved husband George in McCamey’s Resthaven Cemetery. Pallbearers will be Ted Creech, Jim Witcher, Gary Wade, Charlie Rollins, Joe Napier, J.R. Streety, and Honorary Pallbearer George Taylor.
To order memorial trees or send flowers to the family in memory of Kay English Hopper, please visit our flower store.