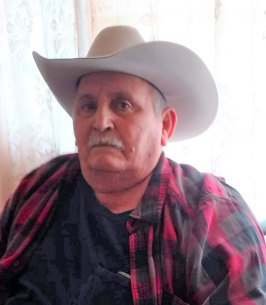 Rosary will be said at 7:00 pm on Tuesday, August 27, 2019, at the Shaffer-Nichols Funeral Home Chapel in McCamey. Funeral Mass will be held at 11:00 am on Wednesday, August 28, 2019, at the Sacred Heart Catholic Church. Burial will follow in the Resthaven Cemetery. Pallbearers will be his grandsons, Manuel Ybarra, Pedro Ybarra, David White, Santiago White, Juan Ibarra, and Juan White. Arrangements are under the care and direction of Shaffer-Nichols Funeral Home.

Juan was born on December 27, 1934, in Mexico. He had lived in McCamey since 1983. After his retirement from the oilfield, he always kept busy. Juan enjoyed the outdoors -working in the yard and mowing grass.
He loved his family and friends and spending time with them was what he cherished most.

Juan was preceded in death by his parents; his wife Esperanza in 2005; two infant children; 3 brothers; and 2 sisters.