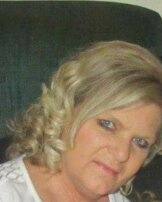 The family will be receiving friends at the funeral home from 6pm until 8pm on Saturday, January 23, 2016.
Graveside services will be held at 2:00pm on Sunday, January 24, 2016, at the Crane County Cemetery in Crane, Texas, with Tommy Parker officiating. Arrangements are under the care and direction of Shaffer-Nichols Funeral Home.

Joyce was born on July 24, 1955, in Midland, Texas. She had lived in Crane since 1968. Joyce graduated from Crane High School in 1973. She married her high school sweetheart Ronnie Lee Baze on February 15, 1974 in Crane, Texas. Joyce was one to always attend her childrenâ€™s sporting events. She loved her grandchildren and they were her pride and joy, along with her dog Raskal.
Joyce liked to fish, swim and just being outdoors in the sun.
She was a member of the First Baptist Church in Crane, Texas.
Joyce was preceded in death by her Father, Gene Price, and Mother, Carrean Price Thompson.