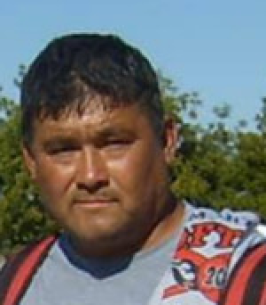 Johnny Rosales, 59, of Iraan, passed away on Wednesday, December 18, 2019,
at the Medical Center Hospital in Odessa.

Memorial services will be held at 11:00 am on Saturday, December 28, 2019, at the Restland Cemetery in Iraan.
Arrangements are under the care of Shaffer-Nichols Funeral Home.

Johnny was born on July 20, 1960, in Mexico to Dolores and Luz Rosales. He had lived in Iraan most of his life and was employed by Pecos County.
Johnny had a passion for sports, but his love was softball. He was a skilled player and coach. Johnny was also a diehard Iraan Braves fan.

Johnny was preceded in death by his father Dolores Rosales, and brother Jose Rosales.

To order memorial trees or send flowers to the family in memory of Johnny Rosales, please visit our flower store.