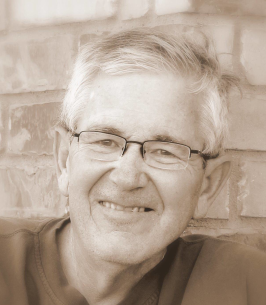 Joe Earl Crawford, 65 of Crane, Texas went to be with his Lord and Savior on Friday, June 11, 2021, after a battle with cancer. Born on August 26, 1955, in Iraan, Texas, he was the oldest of three children born to Stanley Earl Crawford and Charlene Blackwell Crawford.

Joe attended Crane Independent School District, graduating in 1973. He was a member of the Crane High School Band. He furthered his education at Eastern New Mexico University in Roswell, New Mexico.

Joe married the love of his life, Judy Carol Hopper on May 31, 1975, in Odessa, Texas. Together they were blessed with three children: Susan Michelle Loyless, Joshua Earl Crawford, and Bruce Edward Crawford.

Joe loved his family and considered himself a blessed man. His five grandchildren were his pride and joy, and he loved being called ”Jody.” He enjoyed playing games, putting puzzles together and sending them on missions among other interesting things. With his creative mind, it was never a dull moment when Jody was around.

Becoming a Christian at an early age, Joe loved serving people through deacon ministries and through a God-given debt free ministry. He enjoyed developing lifelong friendships with those who served with him. Joe was a prayer warrior who loved surrounding his territory and praying for those in need. He loved playing the mandolin and singing with the choir before cancer took his voice. With his ever-inquisitive mind, Joe loved solving problems often resulting in patents, receiving word of the issuance of his last patent the day before his death. Joe also loved the freedom of flying small planes.

He was preceded in death by his father, Stanley Earl Crawford; his mother Charlene Crawford; and his siblings, Kenneth Charles Crawford and Susan Kay Crawford.

The family would like to express their gratitude to Joe’s many prayer warriors, the West Texas Cancer Center, and the staff at MD Anderson Cancer Center.

In lieu of flowers, donations can be made to the Door of Hope in Odessa, Texas or MD Anderson Cancer Center.

To order memorial trees or send flowers to the family in memory of Joe Earl Crawford, please visit our flower store.

Interment will be private, family only