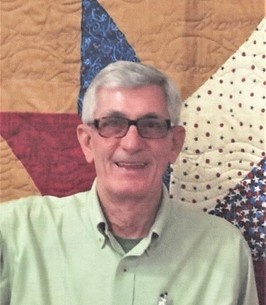 Jimmy Dee Shipman, 82 of Crane, passed away at his home on Thursday, January 9, 2020, surrounded by his loving family.

Jimmy was born on March 18, 1937, in Garretts Bluff, Texas to Max and Bernice Shipman. During his childhood, Jimmy moved all over Texas with his parents and his younger brother Sam. They eventually settled in Crane where he graduated in 1955 from Crane High School. Jimmy joined the Army in 1960. He was stationed in El Paso, Texas where he met the love of his life Sandy. After marrying in 1962, they moved to Crane where their daughter Robin was born.
Jimmy and his family lived in Grand Prairie, TX, and Odessa, TX where he worked in trucking and machine shops. In 1984, Jimmy and Sandy moved back to Crane to be close to his parents.

After retiring from Crane County, Jimmy became one of the Crane High School’s most popular bus drivers. Coaches and teachers requested him for many band and sporting events. Jimmy’s first love was music. He enjoyed singing in the church choir and playing his guitar at family reunions and the nursing home in McCamey.

He was preceded in death by his parents and his brother Sam.

Jimmy is survived by his wife of 57 years, Sandy; daughter Robin, son in law, Kurt; grandsons Zach and Jacob; sister in law, Jo Shipman Burns; and numerous nieces and nephews.

Memorial services will be held at 10am on Monday, January 13, 2020, at the First Baptist Church in Crane with Pastor David Evans officiating. Arrangements are under the care and direction of Shaffer-Nichols Funeral Home of Crane.
To order memorial trees or send flowers to the family in memory of Jimmy Shipman, please visit our flower store.