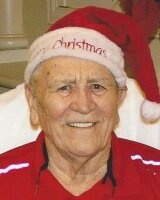 Jimmie Otho Stone of Crane, TX passed away on Thursday, February 23, 2017 at the age of 81.
Jimmie was born to parents, Jimmie Otho and Johnnie Kathleen (Fauth) Stone on June 7, 1935 in Stamford, TX. He grew up in Monahans and Kermit. Jimmie was the youngest of four siblings and graduated from Kermit High School in 1954. On June 19, 1954, he married Dorothy Williamson. They had two sons and one daughter.

Jimmie worked for El Paso Natural Gas in Kermit, TX when he married Dorothy in 1954. He then went to work as a roughneck before moving to Monahans where he worked for Cameron Lumber Yard. He owned a Dairy King in Kermit in the late 1950s , and then moved to Lubbock in 1960 where he worked for Standard Sales and Walt Williamson Oil Co. In 1970, he moved to Crane, TX and opened a Western Auto Store. He owned a True Value Store in McCamey and Ruidoso, NM. After selling the Western Auto Store, Jimmie began his airplane Charter Service in Ruidoso, NM as a commercial pilot.
Jimmie loved playing the drums and listening to jazz music. He received a college music scholarship to Sul Ross University in 1954. He was an excellent carpenter and used his skills to build his first home for his young family in Monahans in the mid 1950s. He continued using his carpentry skills to build southwest furniture in Ruidoso, NM. He loved coaching little league baseball in Lubbock, TX. He was a excellent water skier and enjoyed flying airplanes when he received his pilot license. After retiring, he enjoyed traveling in his motor home. One of his favorite traveling destinations was Oregon and he became a volunteer at Sunset Crater in Arizona. He loved being the greeter at Stones Home Center after retirement. He was president of the Resident Council at Madison Therapy Resort in Odessa and enjoyed visiting with his many close friends at Madison. He also enjoyed bragging about his children, grandchildren, and great-grandchildren to everyone.
Jimmie is survived by wife, Dorothy Stone of San Angelo, TX; son, Louis Stone and wife Barbara of Crane, TX; daughter, Carrie McNeese and husband Terry of Crane, TX; and son, Max Stone and wife Laura of Piedmont, OK.; seven grandsons, Jim Stone, Michael Allen Stone, Michael Roberts Stone, Garrett McNeese, Terry Stone, Austin Stone, and Zach Stone; four granddaughters, Ariel Gonzales, Abbey Esquivel, Ashley Schira, and Taylor Stone; and 14 great-grandchildren.
Jimmie is preceded in death by his father, Otho Stone, mother, Johnnie Stone, and three sisters, Maxine Maeson, Rose Seay, and Lois Hallmark.
Visitation will be from 6:00 p.m. - 8:00 p.m. on Saturday, February 25, 2017 at Shaffer - Nichols Funeral Home in Crane TX. Funeral Services will be at 2:00 p.m. on Sunday, February 26, 2017 at the Shaffer - Nichols Funeral Home Chapel in Crane, TX. The family will have a private burial.
To order memorial trees or send flowers to the family in memory of Jimmie Stone, please visit our flower store.