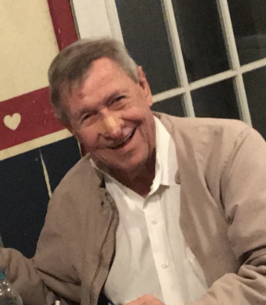 James was born in Rankin, Texas, to Archie and Pearlie McDonald on November 23, 1940. Most of his youth was spent in Rankin. James played football in high school and baseball in the summer. His love was 4H. He showed sheep and won Grand Champion at the Houston Livestock show and state fair. From his winnings, James was able to put himself through college. He attended Tarleton State University and then graduated from the University of Texas at Austin in 1964. Also in 1964, James married his high school sweetheart, Alta McAden. They moved to Lubbock, where he was an insurance adjuster for State Farm until he graduated from Texas Tech's Law school. He and Alta had their son, Trevor and then moved to Odessa. James began his law career. In 1974, they had their daughter, Tiffany and he began his own private practice. James and Alta moved back to Rankin in 2015. James finally closed his doors on March 10, 2021, after 49 years of practice.

James is preceded in death by his parents Archie and Pearlie McDonald and brother in law, Dean Nicholson.

The viewing will be held at Shaffer Nichols Funeral Home in Crane on March 12, 2021 from 5 to 7 pm. The funeral will be held at the First United Methodist Church of Rankin on Saturday, March 13 at 2pm. Burial will follow at the Rankin cemetery.

Donations can be made to the Rankin 4H club.
To order memorial trees or send flowers to the family in memory of James Wesley McDonald, please visit our flower store.