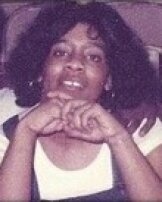 Inola Hollins Neal, age 61, was called home the be with the Lord on March 29, 2018, with her dedicated husband, Billy Joe Neal, of 40 years by her side. After being diagnosed with stage IV pancreatic cancer in May of 2016, Inola put her unwavering faith in God, stood firm, and began that long and very difficult fight.

Born to Willie Rogers (Bill) Hollins and Viola (Vaughn) Hollins on December 30, 1956, in Crane, Texas, Inola attended Mary Bethune until integration in 1966, then attended Crane Middle and High School. Inola excelled in all genres of sports, especially volleyball where she and her teammates won the 1974 & 1975 Volleyball State Championships.

Giving her life to Christ at an early age, Inola was a faithful member of Mt. Zion Baptist Church, displaying her talents as a choir member and pianist. After graduating high school in 1975, Inola attended San Angelo State University, and shortly afterward married the love of her life, Billy Joe Neal and began building her family.

Inola was preceded in death by her beloved parents, sisters: Juanita and Benita Hollins, Hazel (Hollins) Vaughns and brothers: James and Don Hollins.