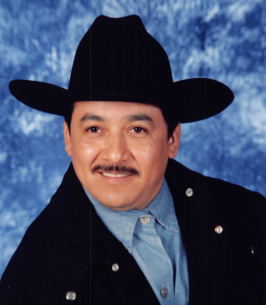 Hilario Cipriano Nava, Sr., 59, of McCamey, passed away on Tuesday, November 17, 2020, at the Medical Center Hospital in Odessa.

Hilario was born on January 14, 1961, in Mexico. He was longtime resident of McCamey, and a member of the Sacred Heart Catholic Church.
He enjoyed target shooting in his spare time, however Hilario was a hard worker and was always busy. He was the owner and operator of the McCamey Body Shop.

Hilario was preceded in death by his parents, Hector and Sara Nava; and his wife, Maria (Lupe) Nava in 2010.

Rosary will be said at 7:00 pm on Tuesday, November 24, 2020, at the Shaffer-Nichols Funeral Home Chapel in McCamey. Funeral Mass will be said 11:00 am on Wednesday, November 25, 2020, at the Sacred Heart Catholic Church with Father Kumar officiating. Burial will follow in the Resthaven Cemetery.
Arrangements are under the care and direction of Shaffer-Nichols Funeral Home.

Due to the current health situation, it has been requested by the family the services be limited to family only. Thank you for your understanding.
To order memorial trees or send flowers to the family in memory of Hilario Cipriano Nava Sr., please visit our flower store.

Due to the current health situation, it has been requested by the family the services be limited to family only. Thank you for your understanding.