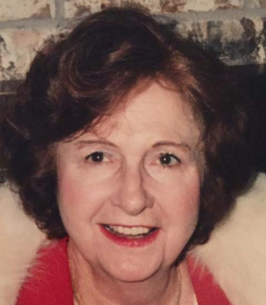 Hellen Wright Remy passed from this earthly plane on July 31, 2019. She was born January 20, 1923, in La Porte, Texas. Her parents, Alexander and Rachel Nagy, were Hungarian immigrants. Hellen was a proud first generation American. She learned English, attended school in LaPorte, and was valedictorian of her senior class. In 1942, she married Robert Neal Wright, who was the love of her life. In 1955, they moved to Iraan, Texas and she lived much of the rest of her life there. Neal passed in 1978 and she married Albert Remy in 1980. They moved to Dallas and had 23 wonderful years together. When Al passed in 2003, she moved back to Iraan and spent the remainder of her life there.

A legacy of growing up on the family farm was that Hellen could grow anything, be it vegetables or beautiful flowers. Her yard was an oasis in the West Texas desert, but she hauled many a load of manure to create that oasis. She gardened until she was 90 years old. She had a yarn shop and taught many people how to knit. Hellen was politically engaged and was a life long seeker of knowledge. Her children appreciate that she passed her curiosity on to them. She was a generous soul and enjoyed helping others.

She loved her family above all else and especially doted on grandchildren. She was predeceased by her parents, her brother and three sisters, her two husbands, her son, Robert Neal Wright, Jr. and many of her long time friends. Survivors include children, Mary Dee Wright, of Austin, TX, Susan Elizabeth Wright of Olympia, WA, Joe Lawrence Wright of Iraan, TX, as well as grandchildren Christopher Cantrell, Alix Fulenchek, Robert Neal Wright, III, Arwyn Welander, Carlos Sayavedra, Corey Wright and Sonny Wright. She leaves behind seven great-grandchildren and two great-great-grandchildren, as well as nieces, nephews and many friends.

Graveside services will be held at 10:00 am on Monday, August 5, 2019, at the Restland Cemetery in Iraan. Arrangements are under the care and direction of Shaffer-Nichols Funeral Home. In lieu of flowers, memorials can be made to the Iraan Ex-Student’s Association Scholarship Fund, P.O. Box 1084, Iraan, Texas 79744.

The family expresses their greatest thanks to the staff, and especially the nurses, of Iraan General Hospital, for giving her the gift of six years of care and kindness. They truly became her second family. In particular, her caregivers, Alicia, Dawn and Norma are appreciated beyond measure.

To order memorial trees or send flowers to the family in memory of Hellen Wright Remy, please visit our flower store.