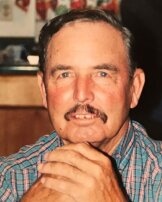 Rosary will be said at 7:00 PM on Thursday June 22, 2017 at the Shaffer-Nichols Funeral Home Chapel in McCamey. Mass of the Christian Burial will be held at 10:00 AM on Friday, June 23, 2017 at the Sacred Heart Catholic Church in McCamey. Burial will follow in the Resthaven Cemetery with arrangements under the care and direction of Shaffer-Nichols Funeral Home.

Hector was born on September 30, 1939 in Ojinaga Chihuahua Mexico. He lived in McCamey 45 and was a member of the Sacred Heart Catholic Church. He was retired owner and operator of H & R Dump Trucks. He spent his retired years enjoying his favorite past-time, following major league baseball and spending time with his grandchildren and great grandchildren.

He was preceded in death by his wife Eva Venegas.
He is survived by his four sons, Eddie of Odessa, Hector Jr. of Midland, Marc of McCamey and Jerry of Katy; two daughters Donna of Katy, and Monica Velasquez and her husband Tony of McCamey; his sister Dolores Martinez; 8 grandchildren; 4 great-grandchildren; and numerous nieces and nephews.
To order memorial trees or send flowers to the family in memory of Hector Venegas Sr., please visit our flower store.