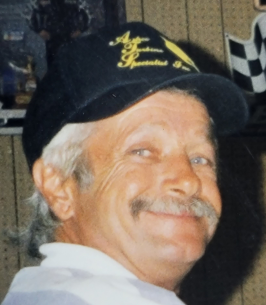 With his wide smile and contagious laugh, Harry Hamner possessed an engaging and entertaining personality vastly larger than his slight frame. Throughout his life, he held a deep and abiding love for what he cherished: Rock and Blues music, cars (preferably fast ones), the solitude of small-town life, good books, great friends, and his beloved family.

Born in Ringgold, Louisiana, Harry’s path through life included various twists and turns. As a boy, his father, Loren Delane Hamner, worked as a Seismograph Engineer, which took Harry and his mother, Opal, to live in Egypt, South Carolina, Louisiana, Wyoming and other locales, finally landing in Pecos, Texas.

As a young man, Harry struck out for Dallas, Texas, with his bride, Kathy Sullivan Hamner. There he worked for Royal Office Equipment for several years, where his innate mechanical know-how made him an invaluable part of the company. Harry and Kathy then sought to start a family in a smaller town environment, and they relocated to Pecos, Texas, where they had their first son Brandon Clinton Hamner. They later moved to Fort Stockton, Texas, where they had their second son, Richard Delane Hamner. To provide for his family, Harry worked as Office Manager at Jay Chancellor Office Supply for several years.

Later in life, Harry traded dry West Texas for the Gulf of Mexico, where he was employed on shrimp boats in Pass Christian and Gulfport, Mississippi. It was here that Harry found the most contentment of all the many places he’d lived. Harry later retired to Natchitoches to enjoy his native Louisiana. His joy of life earned him many friendships in this small, tight knit community. He specifically enjoyed meeting his friends at the Point Place Marina where he would “whip all the young’uns” at pool. However, his biggest pride and joy were his two grandsons, Kade and Kory Hamner.

He is survived by son Brandon Hamner of Lubbock, Texas; Son Lane Hamner, his wife Kaci, their two sons Kade and Kory of Lubbock, Texas; Niece Laura Alley of Dallas, Texas; Niece Cynthia Alley and partner Cynthia Hill of Dallas, Texas; Nephew Todd Alley, “boss” (wife), Ames Asbell, and son Vaughn of Austin, Texas. In addition, he leaves behind many, many friends who he considered family.

Graveside memorial services will be held on August 7, 2021, at 2:00pm at the East Hill Cemetery in Fort Stockton, Texas. Friends and family are invited back to the Old 76 Bar located at 201 E. Callagan Street in Fort Stockton immediately following the service to celebrate Harry’s life.

Arrangements are under the care of Shaffer-Nichols Funeral Home of Crane.
To order memorial trees or send flowers to the family in memory of Harold Clinton "Harry" Hamner, please visit our flower store.