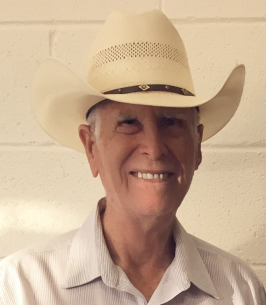 Glynn Ross Chandler, age 86 of Seminole, Texas passed away on January 16, 2022 in Iraan, Texas. Glynn was born in Ozona, Texas on December 15, 1935 to Clarence Allen Chandler and Lillie Langford Chandler. He was born into a ranching family, the youngest of four children. They owned and leased ranches in Terrell County. The Chandler Family Ranch in Terrell County runs along the Pecos River and was established by his grandfather, Charles Chandler, in 1912.

Glynn attended grade school in Marathon, Texas and high school in Sanderson, Texas. He played football and was involved with FFA, winning several grand and reserve championships in fine wool sheep. He was also a member of the FFA fine wool judging team. He graduated from Sanderson High School in 1953 and went to College Station, Texas to attend Texas A&M University. He was a member of the A&M Corps of Cadets and graduated in 1957 with a BS in Animal Husbandry. He married his high school sweetheart, Carlene Werneking, on August 31, 1959. He joined the US Army Reserves in 1961 and attained the rank of Captain Artillery. Upon completion of his service in June of 1966, he went to work for Mutual of New York and they moved around some before settling in Seminole, Texas with their four children. He worked in the farm and ranch loan industry and eventually opened up his own real estate sales and appraisal business. They divided their time between running the family ranch in Terrell County and running his real estate and appraisal business in Seminole. He was a real estate broker and appraiser for over forty years, specializing in farms and ranches. He covered all of West Texas from Dalhart to Del Rio and some of Eastern New Mexico. He retired from the real estate and appraisal business in 2016 at the age of 81. He was a rancher his entire life. In addition to the family ranch, he also ran livestock on ranches leased in Presidio and Gaines Counties.

Glynn was a longtime member of the Church of Christ. He was a hard-working and fiercely independent man who treasured his family and friends. He enjoyed all aspects of ranch life. His hobbies included playing cards and dominoes with friends, reading about Texas history, arrowhead hunting and rock collecting. He especially enjoyed fishing trips with buddies on the Pecos and Rio Grande Rivers. Many Fall weekends each year were spent back at Kyle Field with his college roommate, watching the Aggies play football. Glynn believed strongly in the old adage of ‘work hard, play hard’.

He is preceded in death by his wife, Carlene, his parents, Clarence and Lillie, his siblings, Clarence Chandler Jr, Gene Chandler and Mary Ellen Kimball.

Graveside services will be held at 2:00 pm on Friday, January 21, 2022, at the Sheffield Cemetery in Sheffield, Texas. Services are under the care of Shaffer-Nichols Funeral Home of Crane.

To order memorial trees or send flowers to the family in memory of Glynn Ross Chandler, please visit our flower store.